Congratulations, Karla Miller and Rachel Upshaw, for Being Named to MidSouth Super Lawyers for 2019!

Congratulations, Karla Miller and Rachel Upshaw, for Being Named to MidSouth Super Lawyers for 2019! 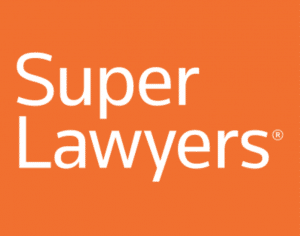 Miller Upshaw Family Law, PLLC is very proud to announce that Karla C. Miller and Rachel S. Upshaw have both been selected for inclusion in the 2019 MidSouth Super Lawyers List! Only 5% of all eligible attorneys in a particular practice area and region are named to the final Super Lawyers list.

In addition to being included in this year’s MidSouth Super Lawyers list, both attorneys have been designated as Top Rated Family Law Attorneys in Nashville by Super Lawyers.

This is the first year that Karla Miller has been selected for Super Lawyers. Rachel Upshaw has previously been named a Super Lawyers’ MidSouth Rising Star. In order to be eligible for selection, the attorney must have been nominated by another lawyer who practices in the same state (though non-lawyer and out-of-state attorneys may submit suggestions to Super Lawyers directly). From there, nominees are researched and evaluated in 12 different “indicators of professional achievement and peer recognition,” including (in no particular order):

These 12 indicators are assigned points, and the attorneys with the highest points are sent to Super Lawyers’ Blue Ribbon Panel, which conducts another round of evaluation. From there, the final nominees are selected for inclusion.

About our award-winning attorneys

Firm founder Karla C. Miller has offered aggressive, comprehensive counsel for family law clients in the greater Nashville area since 1996, when she first opened the firm. She has been named to the “Top Ten in Tennessee” by the National Academy of Family Law Attorneys (2014-present), the American Institute of Family Law Attorneys’ “10 Best in Client Satisfaction,” (2014-present), and the National Association of Distinguished Counsel’s “Nation’s Top One Percent” (2016-present). She was listed as Best of the Bar by the Nashville Business Journal. Karla is active in the Family Law Sections of the Tennessee Trial Lawyers Association and the American Association for Justice. In her “spare” time, Karla volunteers for the US Department of Defense as an Ombudsman helping servicemembers in the reserve components of the US Military resolve disputes with their employers when returning to their jobs after deployment. In this capacity, Karla was named the National Ombudsman of the Year by the Employer Support of the Guard and Reserve (ESGR) Committee of the US Dept. of Defense and the Military Officers Association of America. Karla also served on the Board of Commissioners on the Tennessee Human Rights Commission from 2006-2014.

Rachel S. Upshaw has been practicing since 2006 and joined the firm in 2008. She has been named to the American Institute of Family Law Attorneys’ “10 Best for Client Satisfaction” (2015-present) and the National Association of Distinguished Counsel’s “Nation’s Top One Percent” (2015-present). She was also named a MidSouth Rising Star by Super Lawyers (2014-2016), and to the National Academy of Family Law Attorneys’ “Top 10 Attorneys Under 40” (2016). In 2017, she traveled to Washington, D.C. with the nonprofit organization ZERO TO THREE, where she advocated for Tennessee families.  Rachel was also a member of the Belmont University College of Law American Inn of Court and Lawyers’ Association for Women.

We are all very proud of both Karla and Rachel for their latest achievements. Please join us in our heartfelt “Congratulations!”

Karla represented me through a contested divorce and custody battle. Throughout the process she kept not only my best interests...

Karla represented me through a contested divorce and custody battle. Throughout the process she kept not only my best interests in mind, but that of my sons as well. It wasn't an easy case and it did take a lot of time and effort, but I never felt lost in it all thanks to her and her office. They worked with me to sift through all the legal hurdles to get me exactly the results I wanted. Thanks to Karla I have full custody of my sons...no small feat in and of itself for a single dad in Tennessee. If you want the best results, Karla is the best lawyer for the job.
https://www.nashvillefamilylaw.com/testimonials/josh-excellent-tenacious/

"Rachel assisted me with not only my divorce but also a later custody battle. She was very responsive, direct and...

"Rachel assisted me with not only my divorce but also a later custody battle. She was very responsive, direct and talented. All of which resulted in a positive outcome. She always had my best interest in mind. She is down to earth, easy to work with and made the entire process very comfortable. If you are looking for a Trustworthy, hard working, open / honest, positive results, all around professional attorney; Rachel Sharp IS it."
https://www.nashvillefamilylaw.com/testimonials/excellent-excellent/

Divorce Client – Worth Every Penny!

"I have been very fortunate over the years to have not needed the services of a lawyer so when it...

"I have been very fortunate over the years to have not needed the services of a lawyer so when it came time to find a divorce lawyer it was a little intimidating. Due to the circumstances surrounding said divorce I had a short window of time to find a good one in order to take advantage of certain opportunities. Boy did I get lucky. Karla was able to explain the process in layman's terms from the start which really put me at ease. She and her professional staff were accomodating and provided honest advice throughout the process even if I didn't want to hear it. Karla was so prepared compared to the opposing lawyer it almost seemed unfair. Her experience in general and especially in Wilson County was invaluable in my case. In the end, Karla helped me avoid an expensive hearing by brokering a very favorable mediation settlement. While I hope I don't need another lawyer for the foreseeable future, I would have no hesitation recommending Karla and her firm to my closest family and friends."
https://www.nashvillefamilylaw.com/testimonials/divorce-client-worth-every-penny/

"Ms. Sharp represented me in my divorce that involved a minor child. Ms. Sharp was very informative and honest. She...

"Ms. Sharp represented me in my divorce that involved a minor child. Ms. Sharp was very informative and honest. She was great at explaining everything in the process and made sure I thought out some very difficult decisions. She always returned my calls and emails in a timely manner. I would highly recommend Ms. Sharp."
https://www.nashvillefamilylaw.com/testimonials/honest-and-trustworthy/

"I was referred to Karla by a friend when I learned that I would be going through an unexpected divorce...

"I was referred to Karla by a friend when I learned that I would be going through an unexpected divorce and needed an attorney quickly. From my initial contact with Karla she was all I could have asked for and more. She was kind and compassionate (which was wonderful), but she was also very knowledgeable and quick to provide clear and meaningful legal advice. She provided timely guidance and support throughout the process. I would definitely recommend Karla!"
https://www.nashvillefamilylaw.com/testimonials/divorce-client-definitely-recommend-karla/
5
5 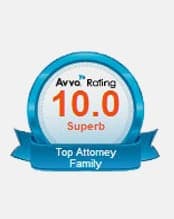 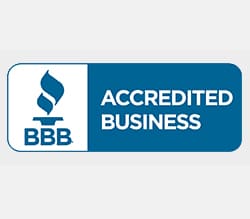 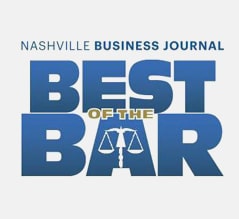 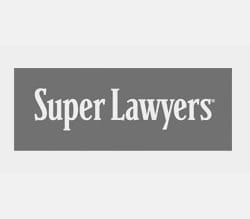